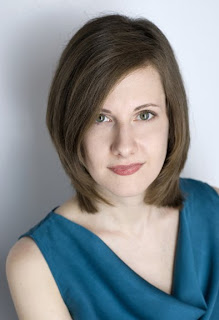 1. You’re from Silver Spring, Maryland? Did you ever encounter a really cool ’90s band from there called Devils Wielding Scimitars?
“No, but there was an active local music scene in the DC suburbs at the time. I went to lots of free, all-ages shows with Fugazi, Nation of Ulysses, and various Dischord bands. My favorite local band was a baroque-pop group called Strange Boutique, which put out two albums in the mid-’90s. I considered myself a goth so my taste ran toward mid-’80s British stuff rather than the local hardcore scene.”

2. Very few American intellectuals can claim to have come second in a pub quiz in Norwich. Tell us how you acquired this honour?
“I did a semester at the University of East Anglia during my regular college term – that’s how I found myself at a pub quiz in Norwich. My three friends on the team were really sharp, but I remember one or two rounds dealt with questions about American TV or sports – my chance to shine! We won a case of lager, as I recall.”

3. Do you like it or hate it when people refer to you as “the real-life Carrie Bradshaw”?
“I didn’t realize anyone HAD called me that! I’m honoured, but there are a few differences between Carrie and me. I spent about six years digging through piles of archival records at the New York Public Library for my book about sex in New York City, while Carrie would probably be doing her research over cosmos – inserting herself into the story, as it were. Plus, her shoe collection is far more fabulous than mine, sadly.”

4. In The Forbidden Apple you document quite a few puritanical, self-appointed moral arbiters. Do you have a sneaking admiration for any of them?
“I do, and I’m glad you picked up on that. I certainly don’t agree with the anti-vice attitude or tactics of Anthony Comstock, who seemed driven primarily by his own internal moral compass and tried to impose it by force on others. But I admire his quite dogged pursuit of his beliefs, even when they crossed the legal line. He took chances for what he believed in, just as his moral opposite – someone like Ralph Ginzburg, who went to federal prison defending his erotic journal ‘Eros’ in the 1960s – would do. Comstock was also a rotund, blustery man with huge white mutton-chops, so that image makes me smile."

5. Films like Taxi Driver (1976) and Cruising (1980) offered a nightmarish vision of sex in ’70s New York. How accurate were they?
“I love both movies for the fact that they were both filmed on location, so we have a real picture of Times Square in the 1970s (Taxi Driver) and the gay leather scene in the late 1970s (Cruising). In fact, the two clubs seen in Cruising, the Anvil and the Mineshaft, were closed down permanently in 1985 as part of the city’s anti-AIDS campaign.

“The nightmarishness of the sex in each film, though, I think is disproportionate. No doubt there were predatory pimps and underage prostitutes in Times Square, but I feel these two characters in Taxi Driver symbolize non-New Yorkers’ perceptions of New York at the time – the city as a moral, sexual cesspool with the power to lure such innocent girls into oblivion, with no redeeming value (much like what Comstock thought New York in the 1880s was like). In Cruising, I think the sexual customs, clothing and interactions are pretty accurate! But I also see the film’s negative depiction of the gay S&M clubs more as a reflection of the fear and distrust with which others viewed gay sexuality at the time. Several gay groups protested the film’s release in 1980 for that reason.”

6. You also enthuse about a ’70s movie called Saturday Night at the Baths, while you have a particular affection for the low-budget ’60s output of Doris Wishman. What is so special about these films for you?
“I love Saturday Night at the Baths because a) it was filmed in the actual bathhouse, which no longer exists, with cameos from the real owner and regulars, and b) employs a storyline that went against conventional views of homosexuality in the mid-’70s. The Continental Baths was the best bathhouse at the time, with a disco, cabaret, and stage shows every weekend in addition to a pool, steam room, etc. It played a huge role in gay life in NYC at the time, but few people outside the gay community have ever heard of it. I highlighted it in my book to bring its story to a wider audience and lament its demise. And, even though the Stonewall riot had clued the world in to the cause for gay rights in 1969, most Americans still viewed gay men as perverts or criminals in the mid-’70s. Saturday Night at the Baths made an effort, with a tiny budget, to discredit those views.

“Doris Wishman's films in the 1960s tried to do the same for women, in that her storylines employed female characters who had been victimized by the conventional sexual submissiveness expected of women at the time. In one of my favourites, Bad Girls Go to Hell (1965), the main character Meg wants to be a good, dutiful wife, but her blonde hair and come-hither look work against her best efforts. After she is attacked by a man in her apartment building, she flees to New York, but she is assaulted again and again by male characters who want to exploit her sexual allure. I think Wishman was trying to create a film that would sell tickets, but perhaps unconsciously captured a sense of mid-’60s anxiety about changing gender roles in America.”

7. What are your ingredients for a sexually stimulating night on the town in New York in (a) 1909? and (b) 2009?
“In 1909, if you were a young rake looking for action, I would suggest catching a show at a music hall or burlesque house near Union Square, or seeing a play on 42nd Street with a group of male friends. Then, repair to a silk-hat brothel for drinks, snacks and companionship. Brothels were common near both entertainment districts and customers could spend a few hours with a femme de nuit for a few dollars.

“I think there are fewer options for a young rake in 2009, unfortunately. The over-regulation of sexually-explicit businesses has made it more difficult to find a sexually stimulating night’s action without paying a gigantic sum of money or worrying about one’s safety. So, I would suggest catching one of the neo-burlesque shows at The Box, a club on the Lower East Side with a reputation for raunch as the evening and drinking progresses. It's owned by a grandson of Oscar Hammerstein II. Or, one might go to a semi-private fetish party in the ‘Dungeon District’ (near the Chelsea neighborhood in the upper West 20s). You’d need to plan ahead and sign up for the member’s invitation list, though. The hardest thing to achieve during a sexually stimulation night in 2009 might be spontaneity.”

The Forbidden Apple is one of Cockroach’s Books of the Year. 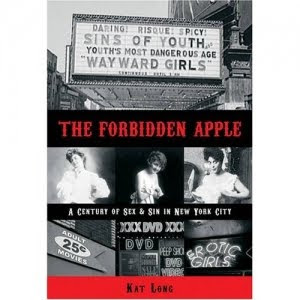 For more on its author and her world, go to http://katlong.wordpress.com